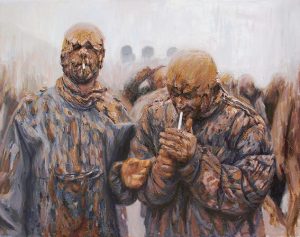 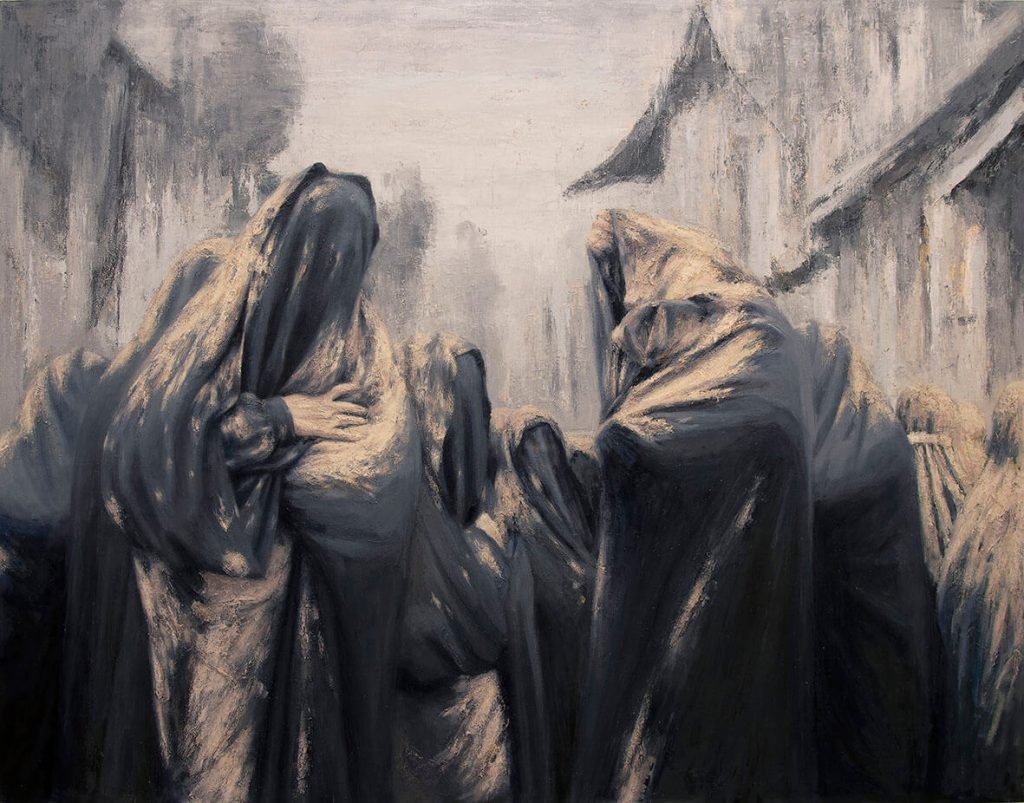 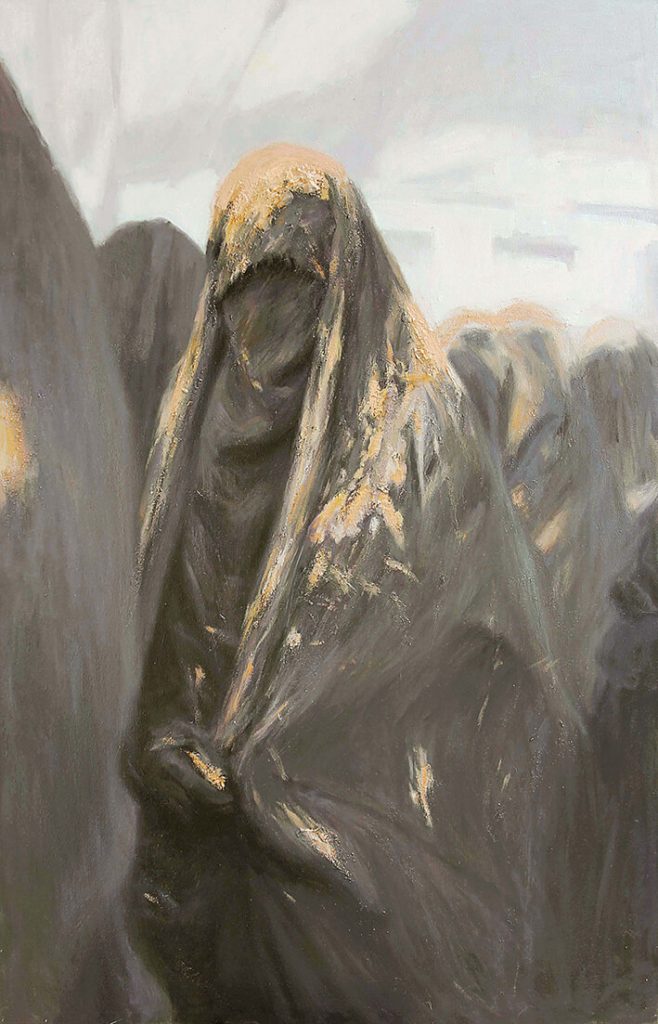 At the first look, what gazes the eyes of viewer to this frame is the vague regard of the left character. His eyes are drowning beneath a thick layer of mortar (mud probably); and it looks like he just noticed of being watched, and is trying notify his fellow friend. Some ghostly figures are apparent in the background; tossing and turning like mesmerized beings drowned in a viscid mortar. But what brings these two figures to front is their distinctive act. They have cigarettes. Looks like they have found a moment of rest to take a smoke. A tint of gray falls on all figures like a fog; sky looks just like a coarse burlap, spread to hide this blasphemy. While the whole frame is revealing its ritually inspired structure in a closer encounter, but colorings and visual structures of the canvas escapes involvement in any kind of representation. For the last time, the man tries to create a moment out of “watching” and “being watched”. These two are the only figures still out of the fallen gray curtain – the only ones still distinguished. And each of them is realizing this dissonance through his act. Though his eyes are out (regarding his cigarette careless of the audience), the second lad seeks to occupy the last white area of the canvas. The thick curtain of the sky looks wet, an allegory of a rain dissolving this last whiteness. But the man makes a shield with his hands.
This way, the frame succeeds in making a whole new narrative out of a ritual image. Narrative of the hands, the eyes, and the acts. This differentiation, this act of eyes and hands, overcomes the very bondage of narration in its own structures, eliminates its external references, and transforms the representation to an inward narration. Frame refers to itself and the act of the eyes conducts a theatrical spacing. The audience understands the artificiality of what he sees. A dummy thing which behind all of its narratives, aims a sole target: the fact that it’s always possible to emancipate from this coarseness covering all backgrounds, just by a slight move of a hand or a goggle of an eye: by a concrete act.
Viewer’s loophole is the very same figure which the frame’s totality tries to devour. Eyes are serving as holes in the homogenizing structure of the painting. One cannot see the frames, unless they remind us they are not to be seen!!!