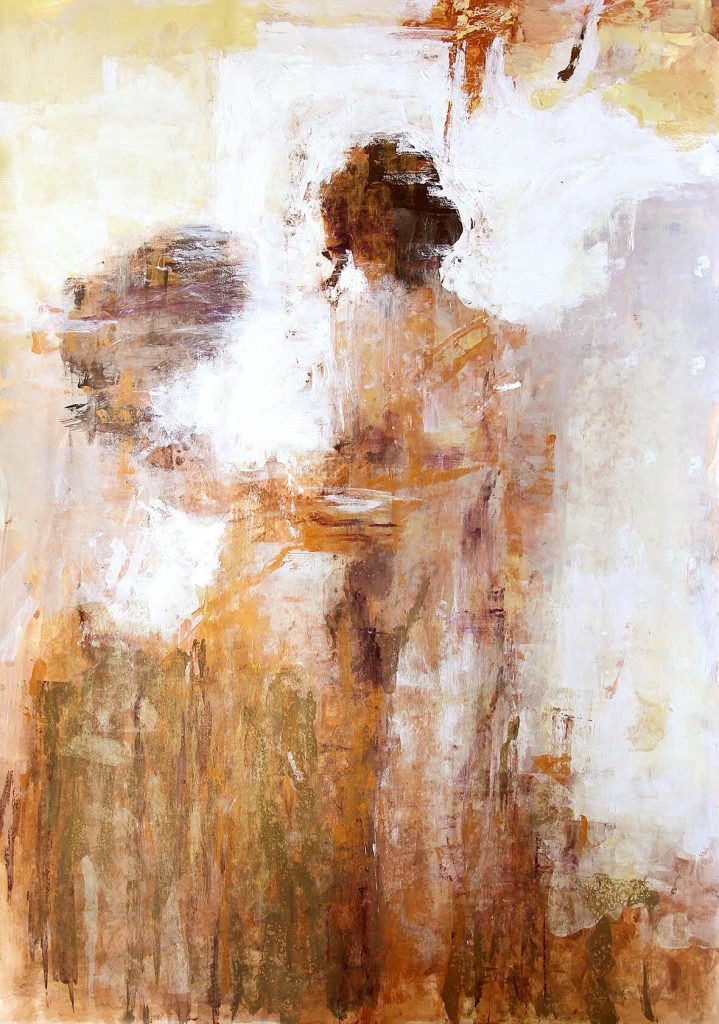 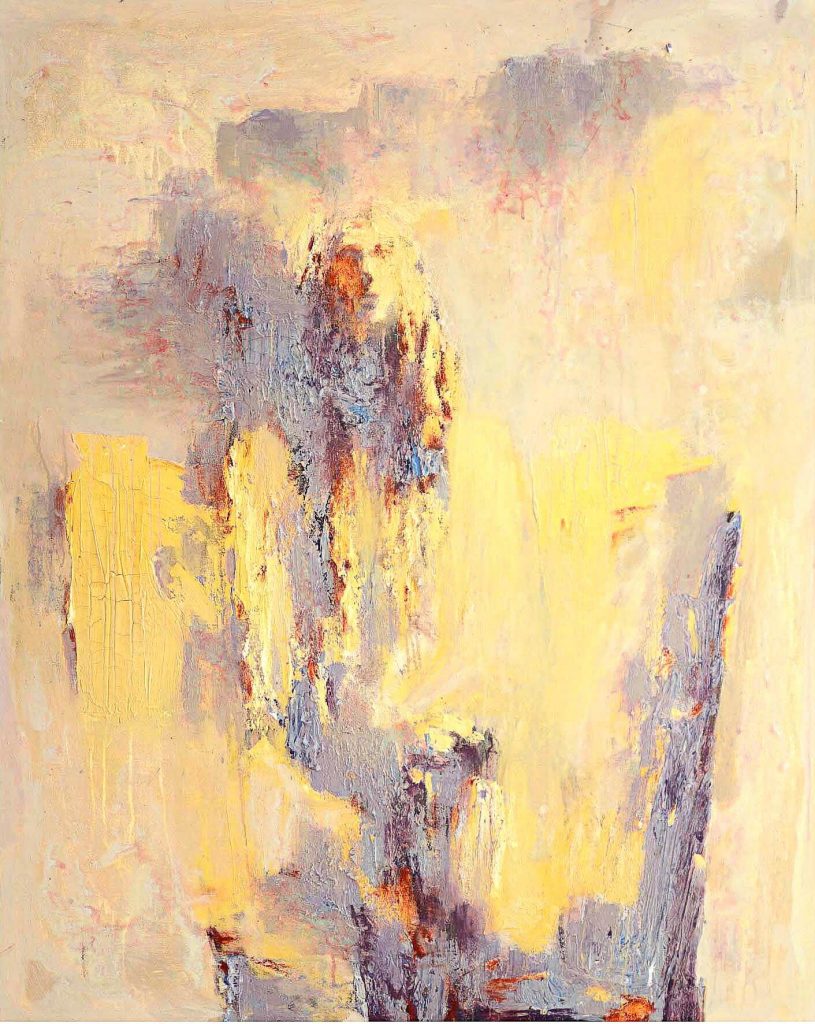 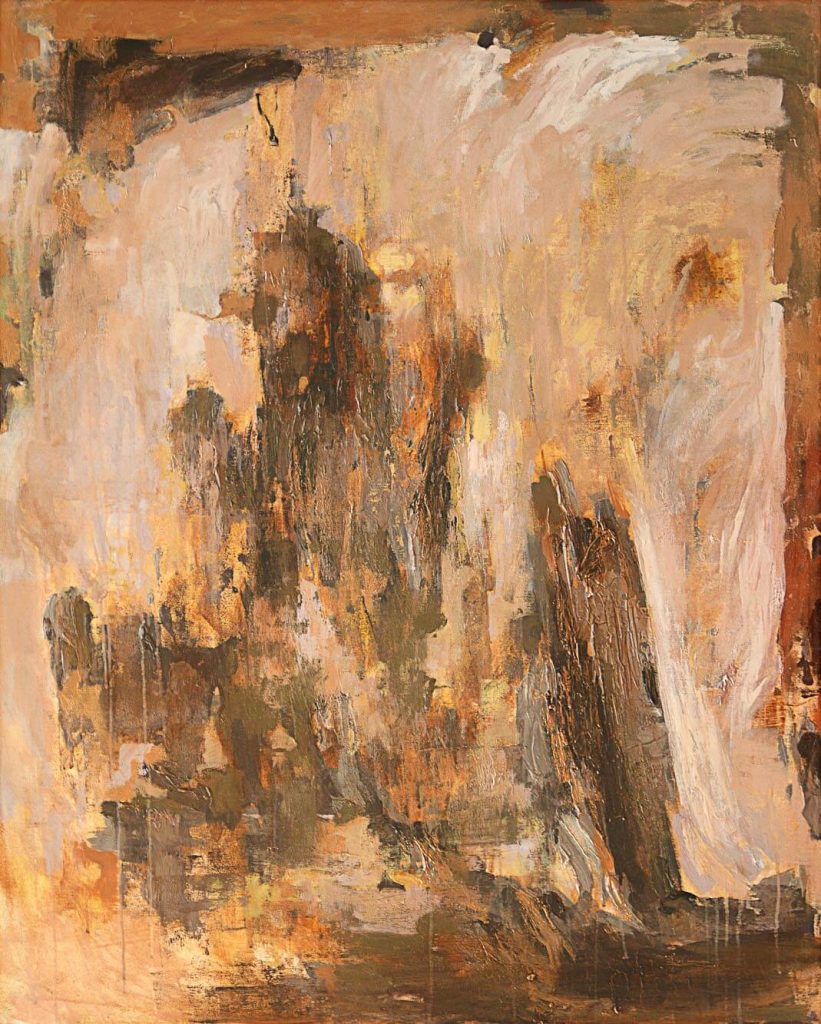 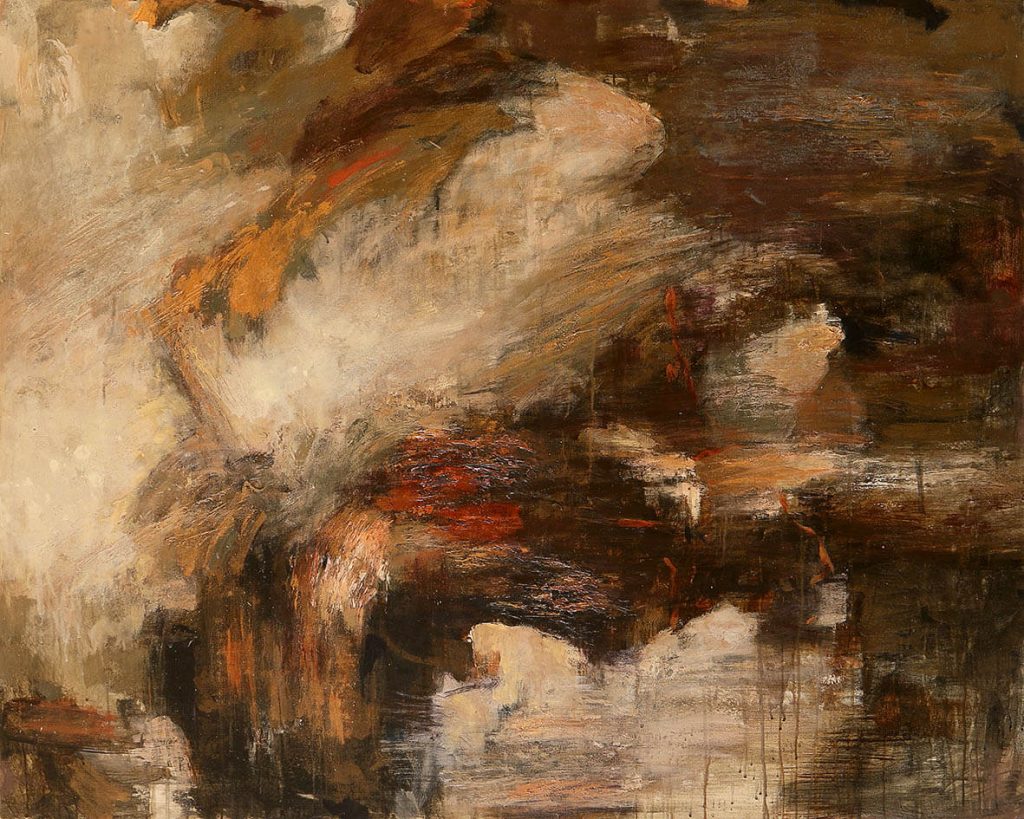 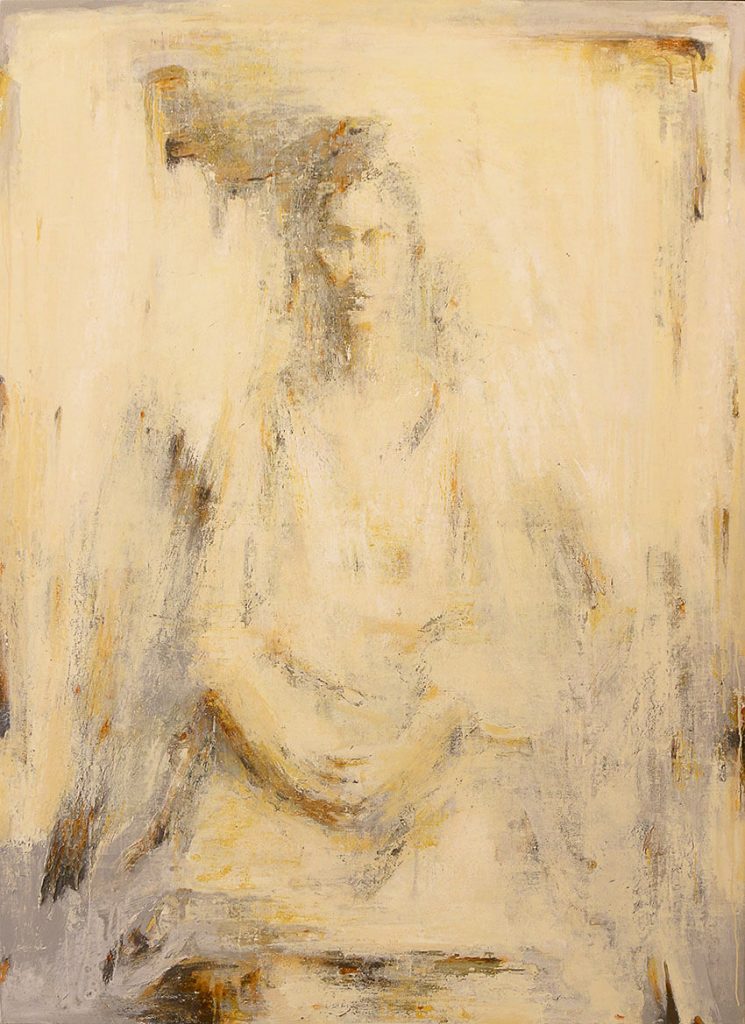 Wills campaign
A note on the painting works by Morteza Khosravi
Shervin Taheri
Statues are displayed by their constancy and stableness that they exhibit in images. Lines that had been drawn to separate statute limits accurately from the background and make thereby the statute integrate and stable. Such representation uncover a type of exponent on the background. Indeed, all other elements have been set only for the purpose of clearing the central subject. For this viewpoint, the sightseeing position of viewer is limited to gestures. The statute tries to conceal something by mastering the viewer. The accomplishment is to be seen. Everything is forbidden except for the point of view that turns around the statue axis. Even the painter fears
his works. The eyes that discipline, although they never gaze at.
But statutes painted by Morteza Khosravi pave another way. The works expressive structure target the internal aspect of a man even where the resolution is provided through accurate designing. Tash brush are quick and colors are moving. A kind of spatial fluidity has surrounded the statute as if there is another eye wandering above the statute. Erinyes considering the fate of statute and the statute sitting on the chair pretending not seeing them. Through this, three focuses are realized in the work. The viewer who is external other and width and length of fluid colors act as other from inside and the astute eyes themselves. These focuses insist on the other. Though in some works, this suspension and inclination towards representation become more outstanding, the total space of works gives no place for interaction.
However, the story of paintings change reaching to statute- like abstractions. The jumping colors and designing lines interact just as a blood shedding war. Now, it is impossible to recognize the statute. In the first glance, one faces the stochastic spaces and outstanding surface cover. The triangle of looks has been decentralized in benefit of decorative extraversion. However, all of a sudden, the faded lines appear from colored surfaces. The colors are to set this struggle but their movement do reverse and let the face to appear. The drawing approaches war of “ship and storm” of turner. However, this the human instead of the ship questing to come over the fate storm which acting like glaring and inclusive dust. Touch’s gradually show their authority. There is no sign of accident anymore. The necessity of direction appears. The triangle shows itself again but in a new place. A tragic battle sets off between the subject seeking its existence and directions that are blind just like the angel of justice.
parallelism of statutes that pretending staring impartially one side and this color overflow organize gradually a general story as if this is the steel will of subject’s look that in each advancement is defeated by background requirements. Moving forward results in ancient statute-like portraits that has no potential only for bearing a separating line. The dark and warm colors become transparent without any sensation. Thereby, any step toward resolution acts reversely against it. Now, the
scream of subjects is audible that imploring the external other to recognize, to see, and to identify them. All this, the pioneering set is not painful elegy. It is a standing decree speaks of subject death and statute destruction. The movement of color and a mobility inclining externally (as if, the colors thinking of conquering outside of the frame, too), they require inactive others participation. The paintings are completed with the third viewpoint. Colors have chance getting rid of this dredge. Thereby, proposition seems incomplete and save these works from romanticism.
This is the wills campaign.