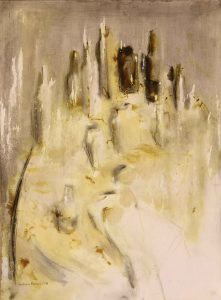 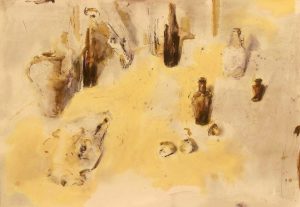 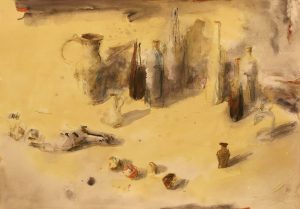 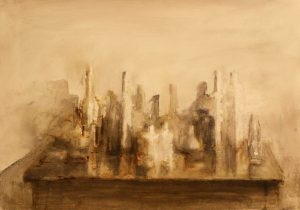 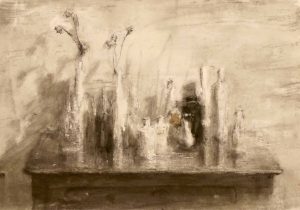 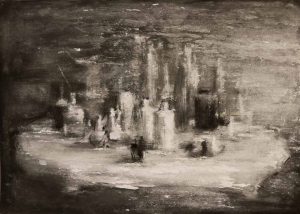 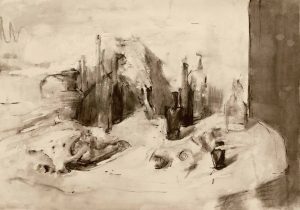 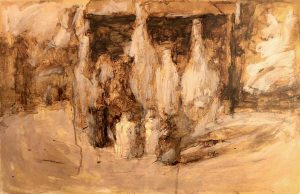 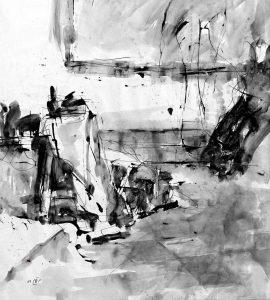 Things insurrection
It’s been a long time that noting non-alive things in painting has been limited to the initial training steps of technic. Dead things are transported easily and can be readily put in any background to exercise technics like lighting, shadowing, volume adding and arrangement with them. The tacit meaning of each artificial arrangement is deteriorated automatically because of self-awareness on their arrangement. The things are arranged to be seen by a designer and a painter as a subject. They are everywhere founds in a painting workshop. There are things lasting under dusts that have been visual moderator for a painter and they are nothing mush than invisible things already. They would have been seen because the painter wished so.
Such subjective supremacy of things, grasping for applying them, while making the visibility possible the invisible’s additional space isre-raised. The painter- God is at the center of visibility and it’s only his point of view that makes things visible. Thereby, the world becomes organized where everything is visible except for the part of things supposed unseen. Things disclose the spatial- temporal ratio in a same time. The empty space surrounding a thing shows the possibility of settlement or spatial capability of the exact thing as well as absence of other thing that is not present already. The additional of thins is proportionate to other things. The ration which is the nature of stability in the space and the painter is unable to fade it with a certain technic. The colors and coloring lighting are turned to be a thing on the canvas that in proximity of the figure creates “absolute appearance”. The painting is filled. Indeed, it is empty, the canvas attempts to objectify the subjective view point of the painter. From the viewpoint of the painter- God, there is no empty space. Any lacking may interrupt the viewpoint continuity. Therefore, the stance of the viewer will also be interrupted. The viewer would also be turned to a thing among things. All visual forms created in the painting would conceal such parallelism.
Overcoming such a double objectification will be possible only by way of penetrating absence of things and attending where things are settled. The settlements may not be represented rather one can be placed inside them to make the thing to refrain being a thing and the viewer be enabled to go beyond an abstract viewpoint through participating in being seen. In such a transformation, things are not calculated and geometric ones anymore. They are put to move and trespass the border lines. They rebel the determined spatial borders and burst the visual border lines such a flood. There is no invisible yet. However, the seeing itself troubles. The spatial geometry of resolution is sectioned into material- paints and the surface of the canvas is doubled. Such things inside of other work is not considered an objective representation of another external things rather they are naturally being things that express themselves in the geography of viewpoint. The painter is paced inside his viewpoint when things insurrect and the soulless things become alive. This new viewpoint may set “seeing- being seen- invisible” free.
The viewer, for a moment, is removed from meaning, classifying and articulation of viewpoint and puts seeing beyond the regularity of seeing. The subject free form the regularities of his mind and body finds figure and is resided beside other things and is localize. Gaze at the paintings, they would gaze at you.
Shervin Taheri