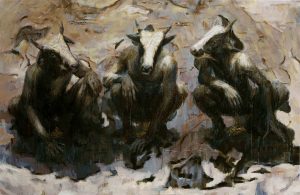 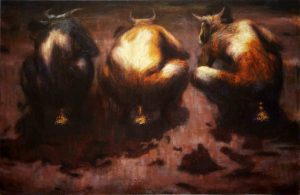 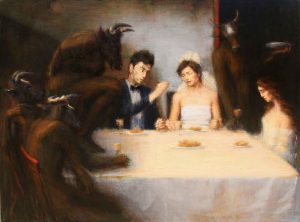 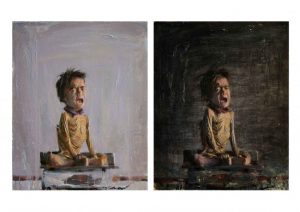 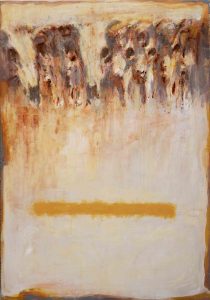 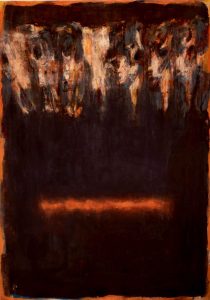 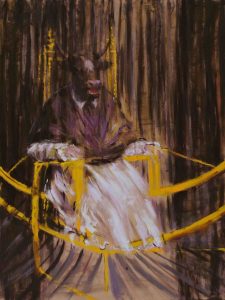 Art as a hole
The “Modern Art” had been born at the dawn of global transformations of the 19th century. Europe, regenerated after the revolutions of 1789 and the adventures of Napoleon, was sweeping its last reactionary impulses out. This dark image appeared, firstly, in paintings: an exhausted soul who, even in his dreams, was not safe from raids of the bats; and a baby-eater Kronos who was proudly manifesting his crime. This distorted image, this grotesque, was identical with the events about to dawn. The hunt of hope and unity resulted in rough and outstanding touches of Van Gogh’s oeuvre, who was scratching the canvas in search of the light. Evil forces, openly manifesting themselves in new roles, were no longer ritual or unearthly figures. By the fall of new man, inferno spread open on earth. Putting such inscriptions at the core of a new artistic movement, namely Expressionism, one can find out that it’s no longer the fair, the beautiful that stands in the center of the assumed “aesthetical unity” of Europe. Though with some religious or ethnic presuppositions, expressionism tended to express obscenity. But this virulent motif lost its purgative and promising attitude right after the Great War. Obscenity penetrated everything. And thus, the innate expression of this situation lost its nature as an artistic style. Expressionism became a constant theme for painters trying to deal with this painful idleness by artistic expression. What appeared was a chaos containing no contents. Evil was no more a metaphysical notion, but an integral component of the real. Nothingness was spread everywhere but one could find no way to show it. It was calling everything in like a mysterious darkness, but no man could enter it. This transformation from ethics to ontology shaped the very situation of artistic expression among expressionist artists. It was impossible to utilize plain symbolic narrations, colorful contrasts, vivid touches, and crude colors to illustrate the perceptible. These counterparts must be forged in a new totality.
This transition was aimed toward a hole. The incredible ad infintum could only being illustrated through its brinks. The live organism seemed to suffer from an irrevocable loss. It was only “will” that kept growing. The hole was uninterruptedly changing its place and size. And hence, the other was not an assumed and external entity. Evil was not Lucifer ruling a dark world, but was the embodiment of the world, destructing itself in its search to survive. The hole was an ongoing process of self-destruction. It’s not that far from Bacon and his frank, moving and coarse paintings – paintings seeking destruction. Bacon was trying to achieve this transpose and new places of the emergence of the hole. He, undoubtedly, was a representative of brave new world. Expressions of terror, idleness, loneliness, the grim destiny of bodies, and the crucifixion of the necessity, were all appeared in his oeuvre.
Paintings presented in this collection, are headed in the same direction: a hunt to catch destruction; presenting the hole and wounds through their brinks. Obviously one can find traces of expressionism here. One even might say that these works are following the path of a mystery revealed in the beginning of 19th century. They try to achieve the original will and sensation. Go through the banal circle of eating and being eaten, and achieve the hole. Hence, similarities are neither haphazardly nor intended. It seems that one have no other way to advance this fight, to gaze into the wilderness. Anyhow, the route of these works, deep inside of history of art, is looking forward to find the invisible, and thus, is smeared increasingly with this history. To find the lascivious invisible, one must take the risk of confronting the wilderness of Nerdrum’s grotesques, Bacon’s slaughterhouses, Freud’s deformed figures, Dali’s tortured bodies, and so on.