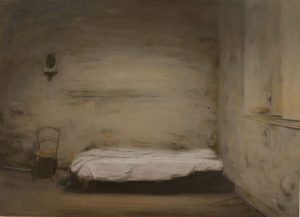 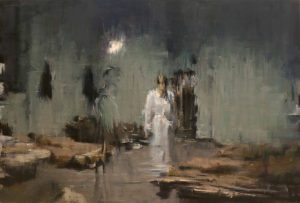 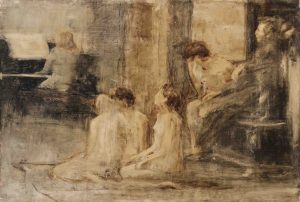 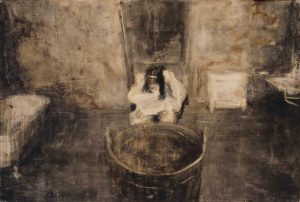 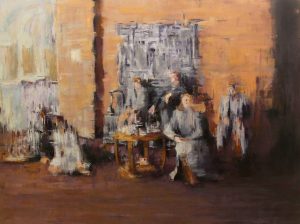 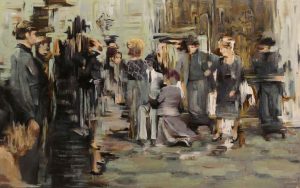 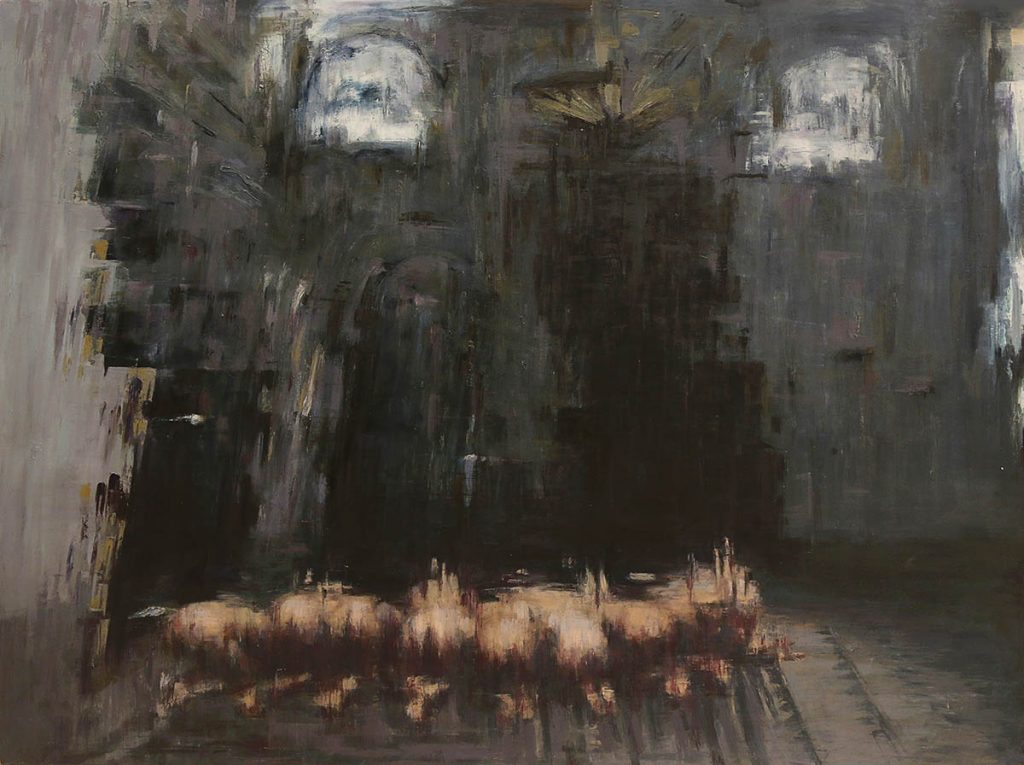 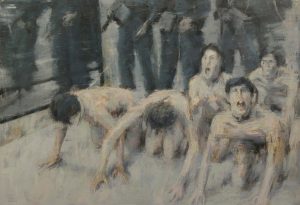 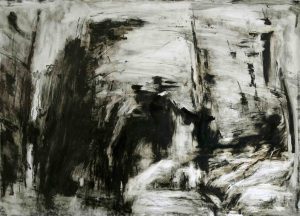 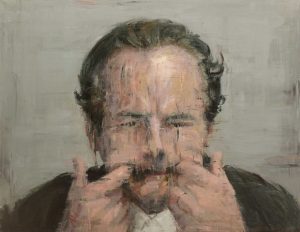 Noise
The Art of Morteza Khosravi is based on interpretation the artworks of different artists during the history of art; either when he recreates a painting by Odd Nerdrum with his own point of view or when he paints a piece referring to Francis Bacon’s “Study after Velazquez’s Portrait of Pope Innocent X 1953” which was also referring to Velazquez’s “Pope Innocent X 1650”. His new series but is more complicated. The artist refers to Pier Paolo Pasolini’s last film, which was screened three weeks after Pasolini was brutally murdered : Salò, or the 120 Days of Sodom. Pasolini’s Salò was based on the famous novel “Les 120journées de Sodome ou l’école du libertinage” by Marquis de Sade. Even Marquis De Sade wrote his novel with a look at Dante Alighieri’s 14th-century epic poem “Divine Comedy”. Dante’s famous epic was written based on supernatural journey tales which is not rare in ancient civilization’s beliefs. We can find at least three similar stories in ancient Persian literature. Such a continuous chain of referrals make us go from twenty first century to long long time ago in history. But as a contemporary Iranian artist why Morteza choose these works? What attracts him to the awful world of Pasolini and Sade and most important of all what is it that he is looking for?
Like Marquis de Sade’s novel, Salò pictures the visits to hell; and that is why Pasolini’s film can be called Antinferno or vestibule of hell. Pasolini divides his movie to three basic circles and calls them circle of obsession, circle of shit and circle of blood. In these three circles, characters are being tortured sexually, three circles, characters are being tortured sexually, psychologically and physically and at the end a large number of them get murdered savagely. The savageness and brutality towards youngsters cause sexual pleasure for the four main torturers in the movie: Duke, the Bishop, the Magistrate and the President! In Salò we face a long term sacrifice ceremony in which these four men are the hosts and the rational reason of this ceremony is their satisfaction.
Salò is a small town in the north of Italy; and in Pasolini’s movie it is being called as the Republic of Salò. Salò was dominated by Fascists in 1944. Pasolini compounds history and fantasy in order to make a metaphoric mixture and analyze the world by its means; Morteza Khosravi does the same. But instead of using classic lightings and medieval atmospheres -like the scenes in Pasolini’s film- distorts the images. Khosravi does not put himself in the position of an outsider like Pasolini did; and this is obvious by watching the clutter and the bewilderment of his brush strokes. Some paintings in this series by Khosravi are so realistic that it can be said that the artist is picturing Salò’s scenes exactly as they were; and some are so tangled in colors that do not even look like figurative painting. As if the artist’s eyes get wet and full of tears watching the destiny of those victims of hell; and can not go on observing them accurately. Khosravi analogizes observing this world -with all the war and murders in it- with Dante’s journey to hell. This analogy goes so far that in one piece -in which the analogy goes so far that in one piece -in which the characters are asleep- there stands a ghost-like figure in the middle of the painting: a man standing with his back towards the audience that reminds of Paul Gustave Doré’s illustrations; especially the ones depicting Dante and Virgil. Even if this ghost-like figure has come to exist by accident and the painter has welcome its born; still it can be interpreted as Virgil who is accompanying the traveller -Morteza- to hell in order to make this journey a bit more tolerable.
Unlike his former paintings, in this series Morteza does not judge the characters but sings an ode to the sorrowful life of those who lived in such situation. Now and then those bold brush strokes of the artist disturbs the scene so harshly that recognizing the figures and characters seems impossible; and this quality emphasizes that when the chaos realms; it is not important if we are the victim or the torturer: we are all breathing in hell!
Ali Ettehad- Summer 2014