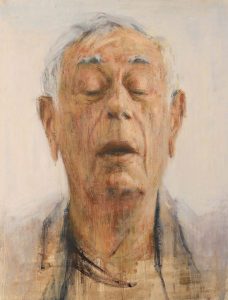 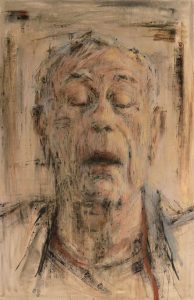 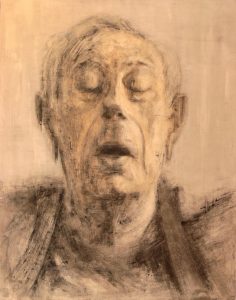 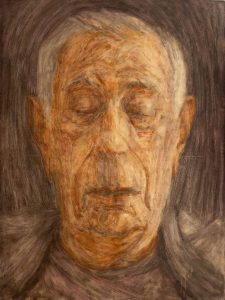 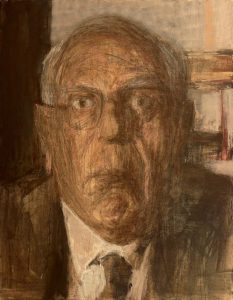 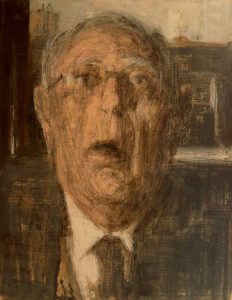 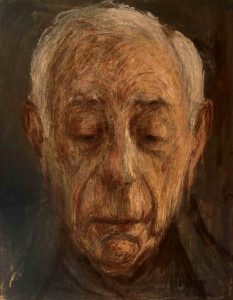 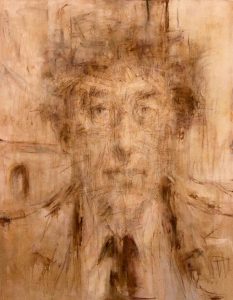 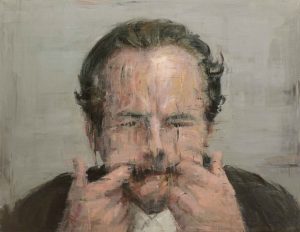 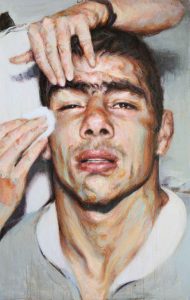 Designer, on the way
A face is created on the surface of a canvas by way of strong and mild strokes of brush. The signs are coincided to the contagious lines of the subject in the external world on our consciousness to enable us recognizing the face. However, the minimum function of the brush strokes refers us once again to the media and reminds us the form and way that the work is reflected. What resulted in the pleasure of seeing these works is to a certain extent the adaption of the familiar notion with the image that has been created through skilful and economic use of the media. The sweetness of this experience is may be embodied in the great difference of such portraits that our minds experience on a daily trend out of the portrait.
Morteza Khosravi, who is interested greatly in stylistic organized research, would intend to make a set of portraits of those fellowship artists (e.g. Bahman Mohasses, Manouchehr Yektaei, and Mohsen Vaziri Moghadam) that he is interested in their works while studying their works. He does so to dignify those artists. However, having completed the first portrait belonging to Mohasses, he would decide to continue portraits of Mohasses. This is not surprising decision considering his exploratory nature. A review of his painting experiences started in adolescence indicate that he would repeat a subject continuously and concentrates on a partial point. As result, these schemas become similar at times. However, when scrutinized at, the step the artist has taken will become obvious at each.
In this frame, Mohasses avoids looking at the viewer as if the painter hunted a moment when he turns his eyes from camera and looks other side. A glance show deliberate attention to a topic and we consider a cross of look as an implicit sign of the social contact. Thus, when Mohasses avoids looking at and recognizing the viewer in this drawing, his secluded and isolated character is justified. The big face on the canvas that gives no place for other elements reveals the standing lonliness of Mohasses.
The perspective of portrait conforms to none of fixed shot of a film or photo. It is a viewpoint between full-faced and three-quarter faced creation of which is depended on the information of the artist out of face muscles and forms and curtailing each based on the position of the head.  This is an intersection angle associating motion and disappearance in the space. In this set, the portraits show different degree of fading.
Paintings by Morteza Khosravi have impartial realistic and pious quality. Lines making the portraits remind no certain emotions and make no viewer to conclude a result out of the painting space. The subject in this method of reflection reveals an extent to show expanding spectra of human emotions while keeping them covered. His serious structural and long standing and organized study concentrates on modern artists’ works; where the painter cares pictorial reflection of reality and methods of going beyond the traditional painting. The rhythmic rhythms in the works of Rothko, the formation of forms from the intersection of lines in the works of Jakomotti, the immersion of objects in the works of Morandi, and the spatial organization of early modernists such as Matisse and Cezanne, are the pioneering ways of past artists that this ambitious designer examines in a new context and a breathtaking painting test and experience them in his own way.
Dr. Helia Darabi